Towards the City of World Games

In 2003, the first Le Moulin à vent Productions activities in Quebec were aimed at children: extracurricular activities and specialized circus and World Games entertainment. In 2005, the organization offered a new original activity that would take place in an arena in Mile-End, then in a school in the Plateau: the House of Arts and Games. A first place dedicated to the Games of the World and Traditional Sports for school groups and camp outings. This project foreshadows the birth of the City of World Games.

In 2007, Le Moulin à vent Productions took a green turn and left Montreal for the Laurentians to continue developing its projects to welcome groups in a natural environment. It was in Val- David, then in Val-Morin, that the organization offered to make itself known, a camp specializing in games (the Ludiqu’Art camp) and an old-fashioned funfair evening in front of the Swamp Theatre.

Seduced by the originality of the organization’s activities, which combine tradition and modernity, the elected officials of the municipalities – who saw in this a potential for attractive activities for their young people – invited Le Moulin à vent Productions to submit a recreational and cultural project to them that could meet the needs of both residents and vacationers. Le Moulin à vent Productions then developed an innovative recreational tourism project: the City of World Games.

Both a recreational and cultural park for families, a play area for day camp youth, and a toy library specializing in games from the past, the City of World Games took shape, In 2008, a partnership was established with the municipality of Val-Morin allowing Le Moulin à vent Productions to create a small recreational tourism park. It is at the entrance to the Léonidas-Dufresne Regional Park, surrounded by nature, that this pilot project came to life. 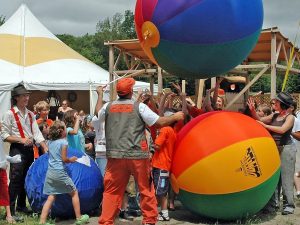 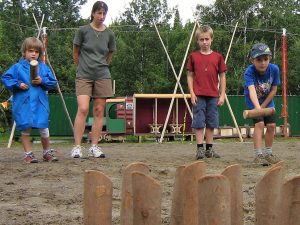 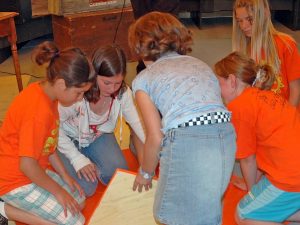 An experimental project, a forerunner of the resurgence of games in Quebec

Inspired by the Games Houses present for than 30 years in Europe (France, Belgium, Germany, Spain…) where interest in the heritage of old games is very present both in the associative sector through the network of public toy libraries, Le Moulin à vent Productions created the first place in Quebec where the public can come and spend time in groups (school trips, outings) or with their families to rediscover traditional games and sports.

The City of World Games, a pioneer? The rediscovery of the power of board games as a factor of social cohesion and shared pleasure is still embryonic. Game pubs (which are now on the increase all over Quebec) do not yet exist. The gamification of practices has not yet conquered all spheres of society. Our pilot project is the precursor of a playful movement that will soon conquer Quebec. 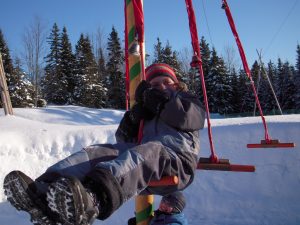 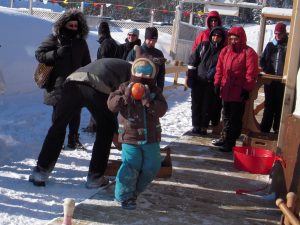 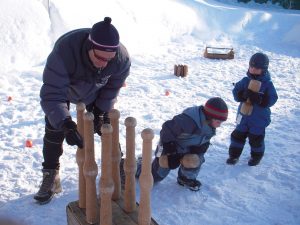 The City of World Games: a popular place to go out as a group

During 2 summer seasons (2008 and 2009) the City of World Games welcomes every week in Val-Morin several day camp groups from the Laurentians and Lanaudiere regions in search of new adventures. Up to 80 children happily invade the Far Hills parking lot where our little play park is located, our activity, called “Let’s explore the games of the world”, becomes a Nature Class certified by the ACQ (Association des Camps du Québec). More and more camps and school groups wish to register for the activity. 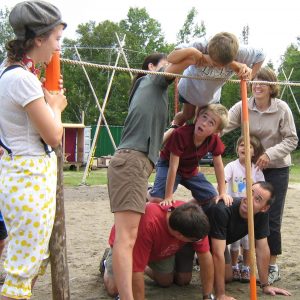 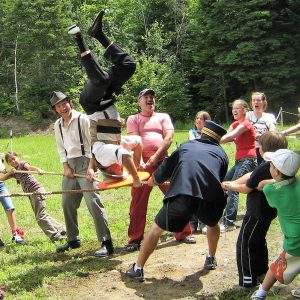 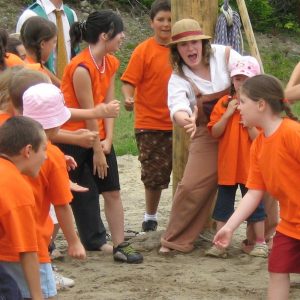 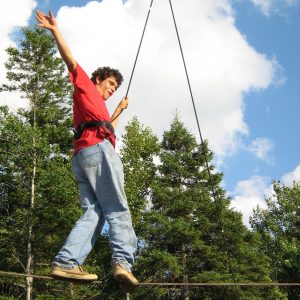 The City of World Games: attractive events for families

In addition to opening its doors during the week, the City of World Games invited families and local associations to come and discover its heritage games and its funfair atmosphere during the weekend (including during the winter of 2009 when it was open).

2 significant events were organized there to promote the park, which from 2009 will be one of the attractions of the Association du Tourisme Regional des Laurentides. First, the first edition of the Full Moon Games Festival in 2008 (a fun and family-friendly festival taking place over 24 hours continuously), and finally the filming of the program Salut Bonjour during a sun breakfast for the children of the municipal day camp.

The end of the pilot project.

After two years of magnificent and promising experiences, the pilot project of the City of World Games is due to end at the end of the 2009 winter season. The municipality which, with the development of mountain bike trails, sees the possibility of hosting a Quebec Cup must reclaim 100% of the space. The City of World Games is losing its little piece of nature. 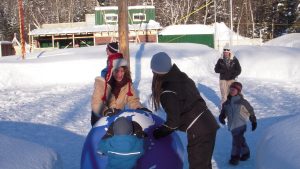 It is going into site search more for 2010, but the recreational tourism industry will not escape the global economic crisis that began the previous year. The continuation of its activities is postponed.