An interactive show for the whole family. The Magic Circle (created in August 2019) is a participation-based show that takes the audience into a multidisciplinary universe: storytelling, circus, traditional music, dance, song, comedy, but above all invites you to discover the cultures of the world.

“The Magic Circle” Synopsis of the interactive show (New!)

In the mental universe of the Indigenous peoples of Canada (les Amerindians) everything is a story of signs and symbols that Vincent, the protagonist of the show, will try to decipher with the participation of the public. Around the circle where the public is gathered, a show (or rather events) takes place, which aims to discover the lessons of the Indigenous peoples culture and, of course, to draw some thoughts on our own world of overconsumption.

The Lessons from the “7 Grandfathers”

7 events follow one another as the story unfolds and Vincent’s acolytes (one or two virtuoso artists) perform feats around the tree of life. The public is invited to take part in the challenges (circus, dance, song, rhythm …) and to enter, too, in the magic circle.

There is no 4th wall in this show, it is played 360 degrees. Everything is circular in this world!

“The Magic Circle” is back in Canada (available in September)

Presented in France (August 8 to 18 in the Pyrenees Orientales and August 21 and 22, 2019 in La Plagne/Alpes) The Magic Circle, which received a fantastic welcome, is now returning to Canada, on the native land of the Indigenous peoples of Canada, to gain strength. 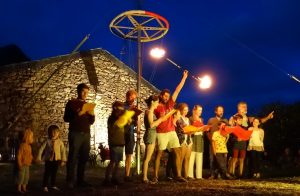 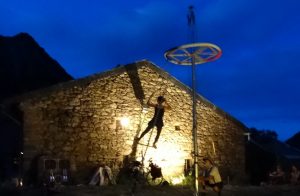 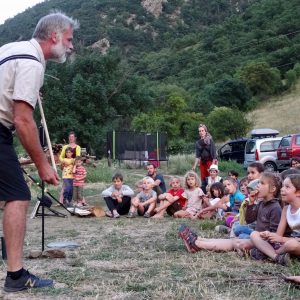